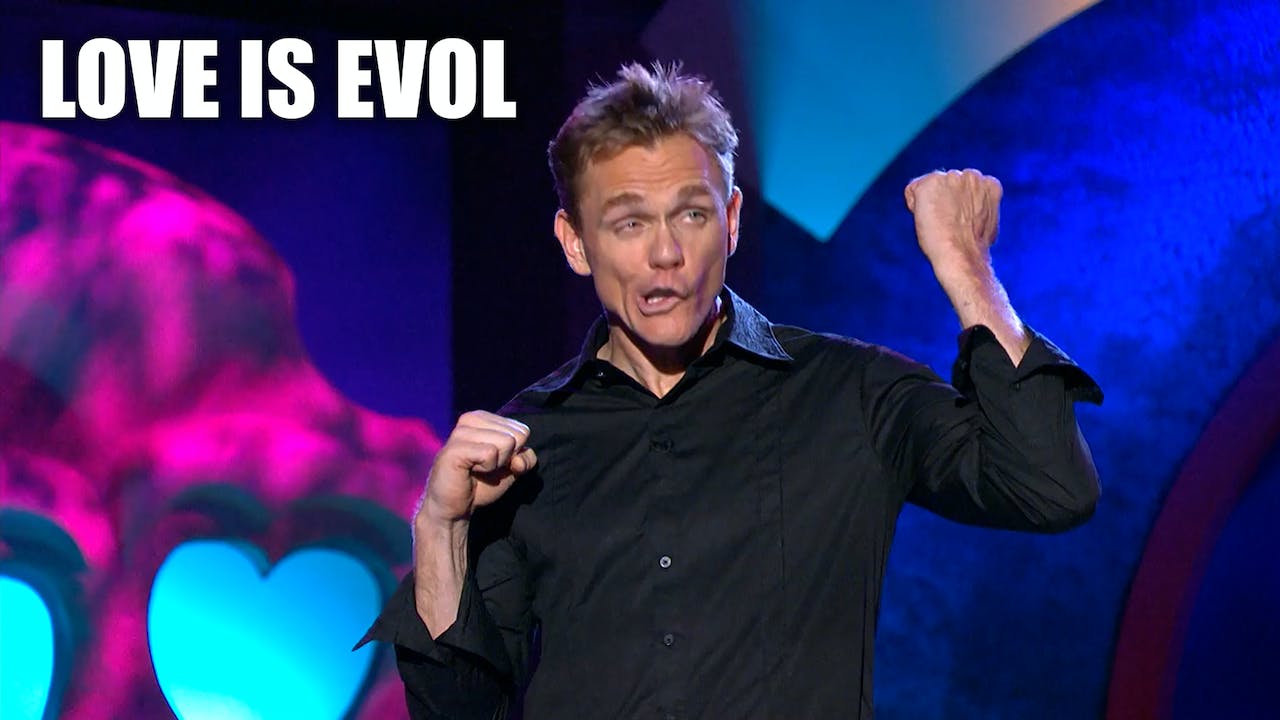 LOVE IS EVOL
On a stage decorated like the inside of a house with a skulls and hearts motif, Titus comfortably wanders as he tells his tales with a bubbly, almost disbelieving tone that betrays how darkly funny the things he says are. As you can tell from the title, “Love is Evol,” this special is about the dark side of romance, which Titus distills through his personal experience, starting with his divorce in 2006. It’s a hell of story, involving apparent mental illness, plastic surgery and at least one knife attack. When he uses a on-stage kitchen table to replicate the discussion with his father where the story behind his conception was revealed, you realize just how twisted and talented Titus is. The story is all over the road, alternating between hilarious and horrifying, but the most impressive part is how it shows just how good Titus is at stage performance, switching back and forth from dad to son. If he couldn’t sell these stories so well, there’s no way they would be so enjoyable. When he goes into his bit about having an “inner retard,” and portrays it onstage, or shows how he wanted his wife to leave divorce court, I defy you not to at least smile. He’s performing, not just telling jokes.