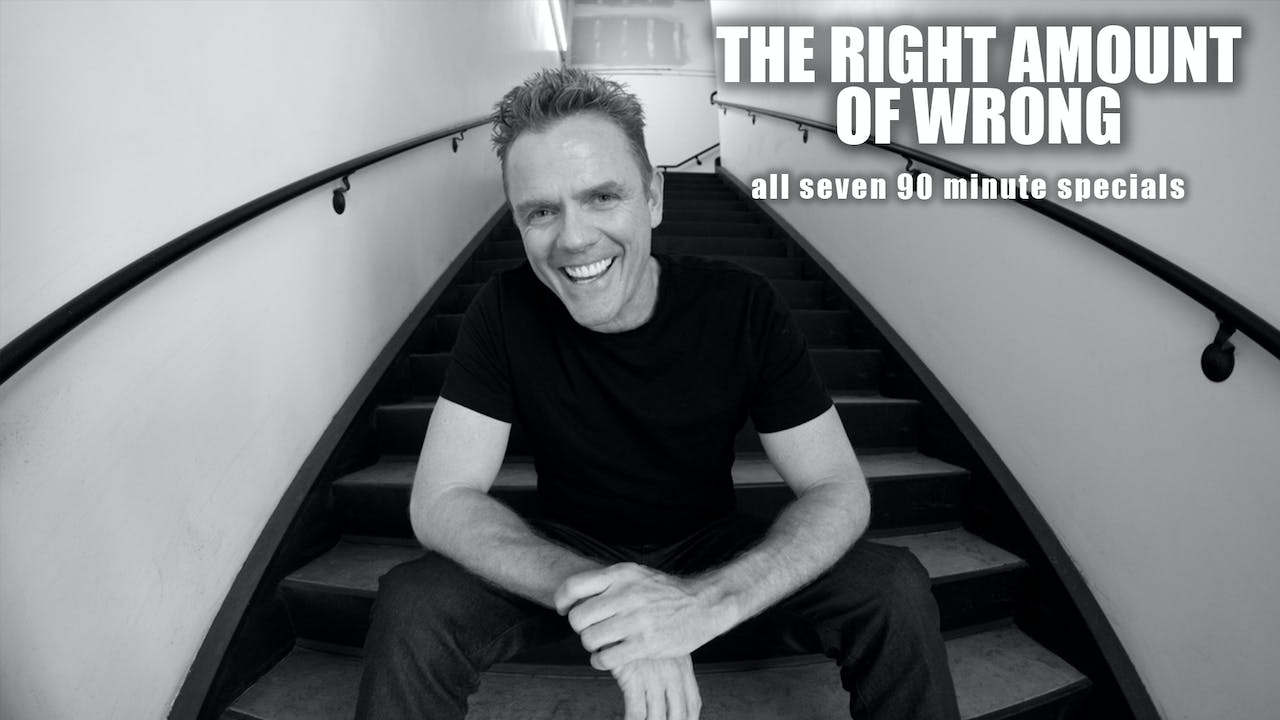 ALL SEVEN 90 MINUTE SPECIALS
In 2004, Titus filmed “Norman Rockwell Is Bleeding.” In the 12 years following, he wrote and filmed six more 90-minute comedy specials. This set contains all seven– Ten and a half hours of groundbreaking stand-up comedy, including a bonus interview with Titus. Known for leaving no stone unturned, especially within his own life and family, Titus takes his audience on seven different ninety-minute rides through childhood, 911, divorce, America, his epic failures, happiness and raising children, and he always does it with just the Right Amount of Wrong.